Predicting the Future Motion of Divers 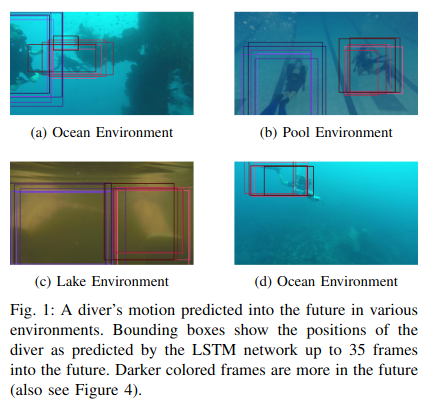 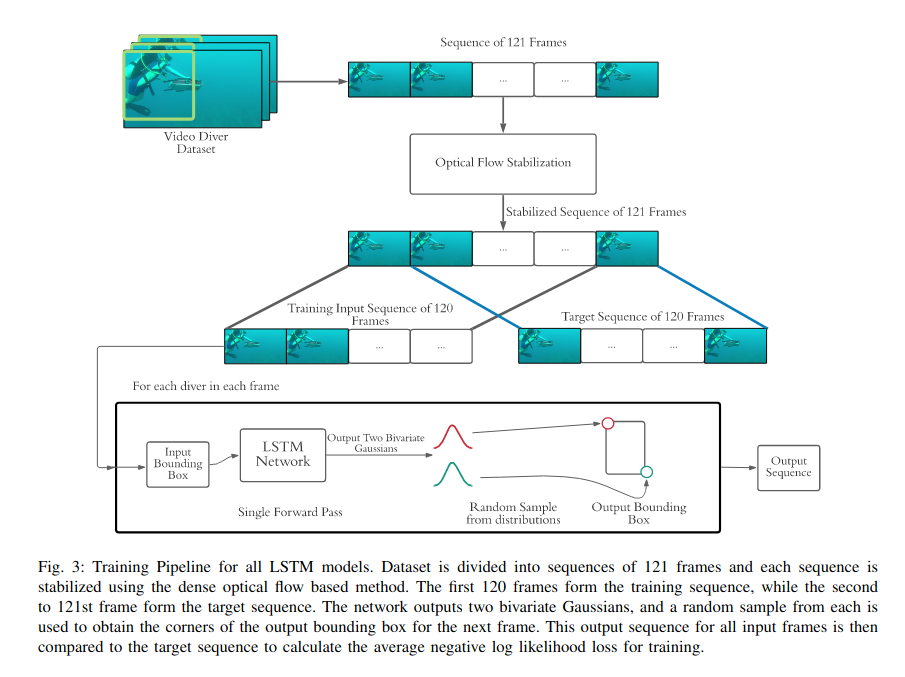 Our method draws on pedestrian motion prediction methods using LSTMs, specifically the work of Alahi et al on the Social LSTM. Our method adds an ego-motion stabilization method which allows us to reduce the effect of robot motion on our prediction output results. Additionally, we update the inputs of the motion prediction LSTMs to be bounding boxes rather than single points.

Our method achieves reasonable motion prediction (in the form of future diver bounding boxes) up to 30 frames (1.5 seconds) in the future, running at 2Hz on an Nvidia Jetson TX2 embedded GPU. While implementation of this method into diver following and leading behaviors is yet to be done and other motion prediction methods may find greater success in the future, our method is the first attempt to predict the future motion of divers onboard an AUV, and achieves its goals with reasonable success.