Set-up and Power On

To run the robot on the bench, you will power on the robot with the provided power cable, pictured below. 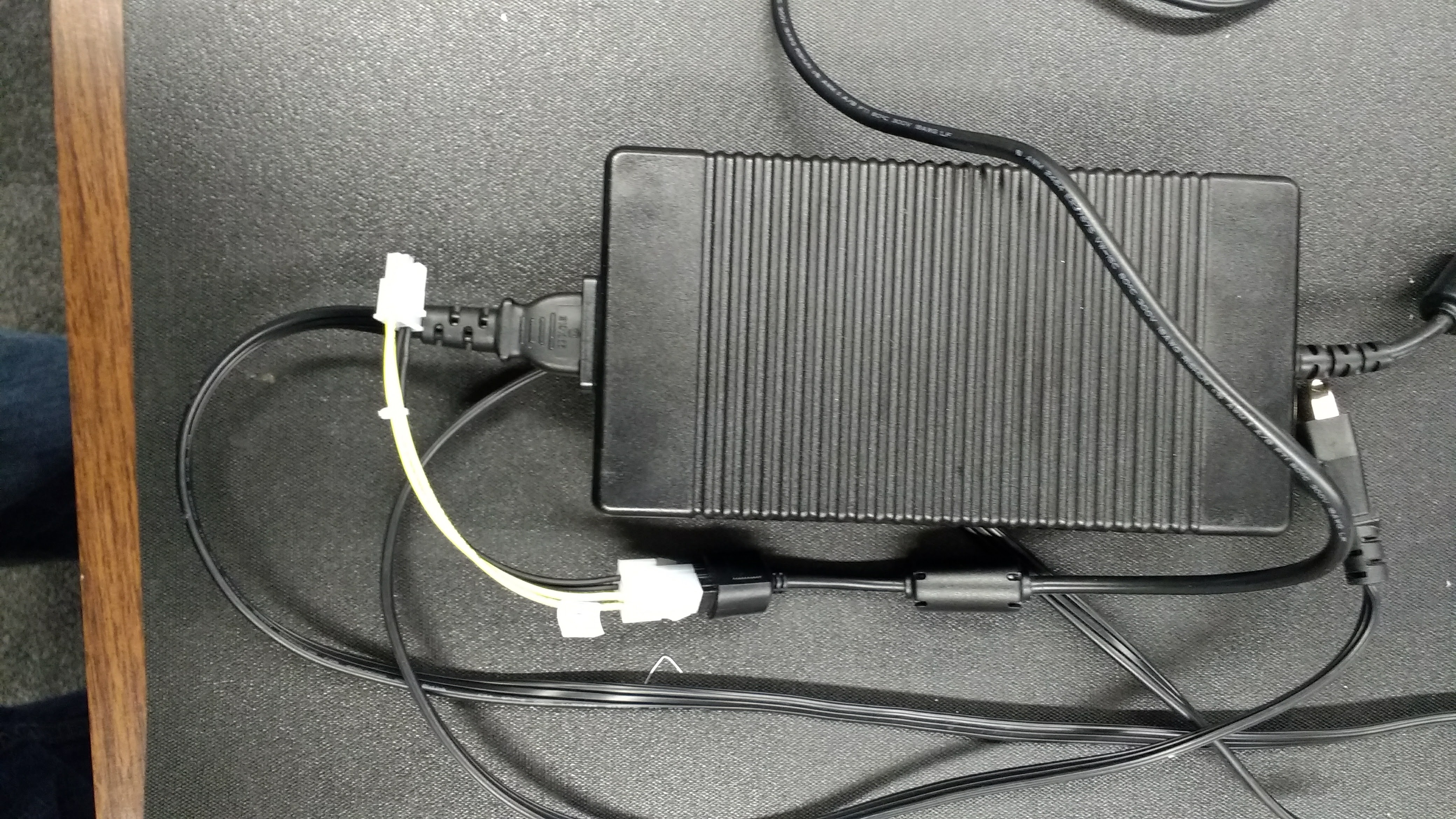 The connector is in the rear right battery door, off to the left, just inside the door. 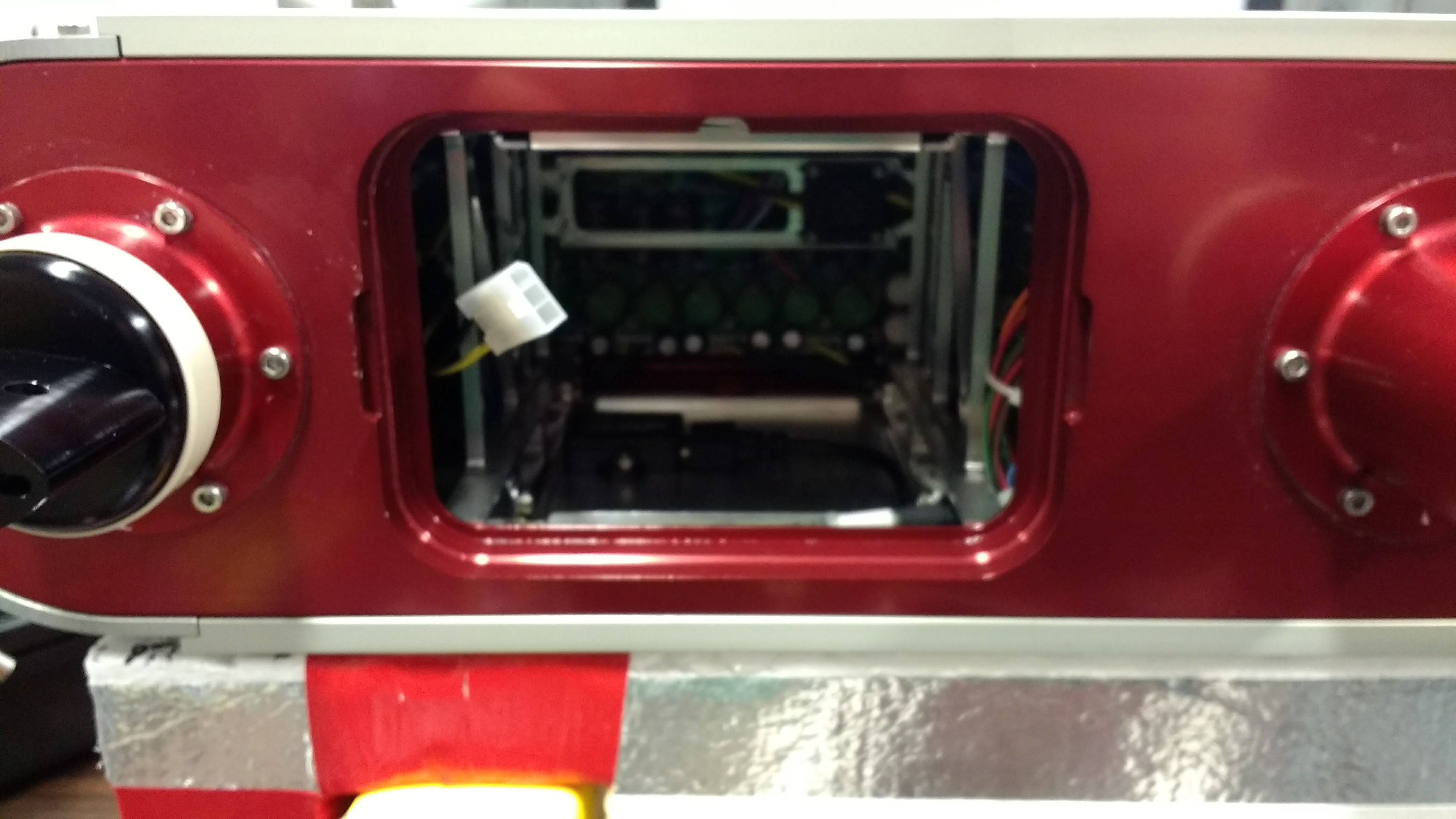 To power on the robot on the bench, follow these steps:

The tethered connection configuration is as follows: 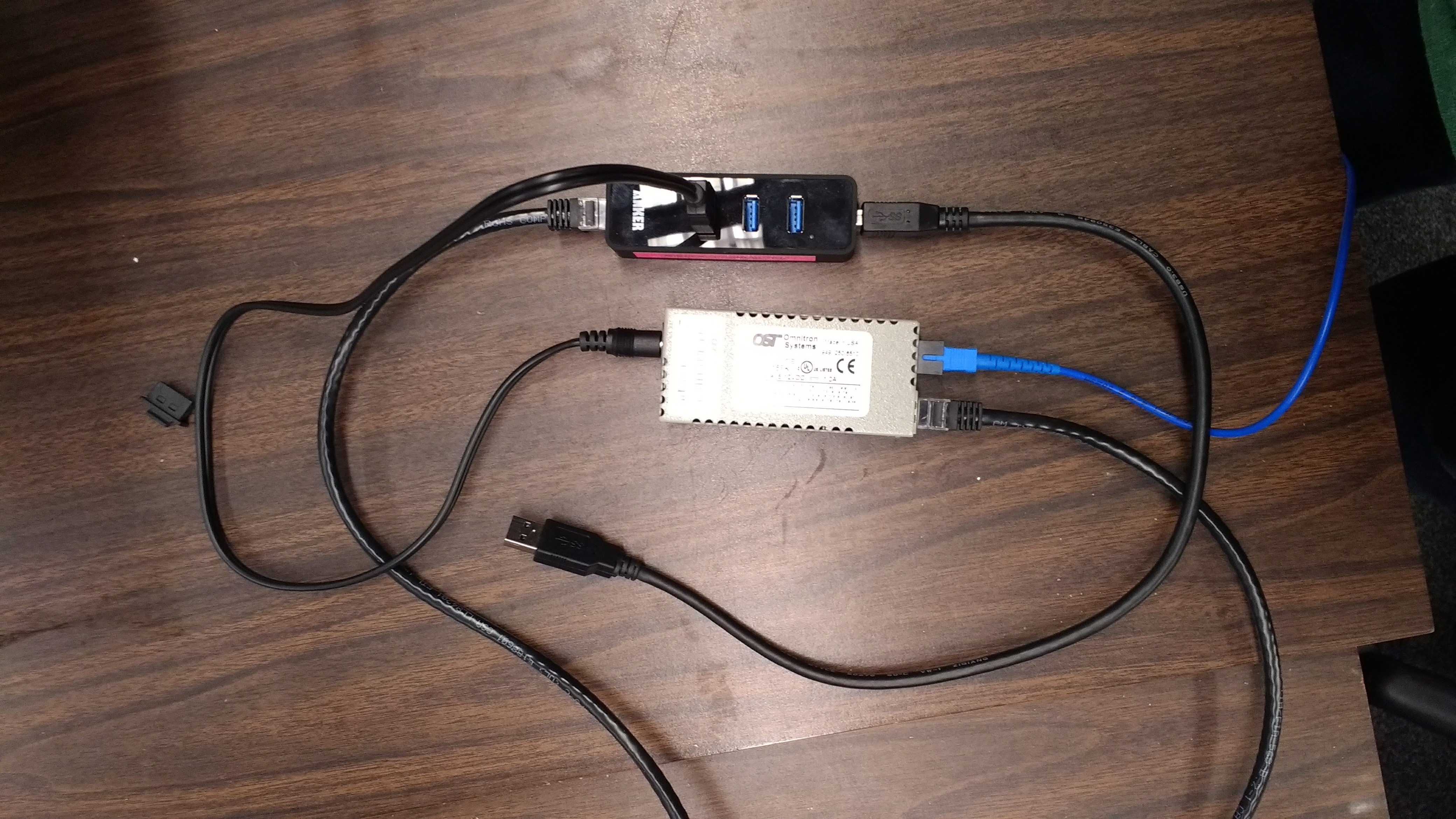 You should plug all of the various connectors and cables into each other first, then plug the USB strip into the OCU.  Once you have, the OCU will automatically run scripts setting up the appropriate connection.  You can do this before or after Minnebot has booted, it does not matter.

Once connected, the OCU will have an ethernet interface named "eth-aqua8", with a static IP set at 192.168.2.14.  Hostnames have been set up appropriately, so if you wish to ssh into the vision stack, you merely run:

Because ssh keys have been set up, this should work without prompting you for a password.

If you would like to ssh into the control stack, run:

The ROS master is located on the vision stack, but all the appropriate environment variable should be set up on the OCU to communicat with ROS already.  To test this, run:

If you see a large list of topics with "aqua" in the name, you're ready to start using your code. If there is a problem, try running roswtf to check what's going wrong.

In progress, no procedure yet.