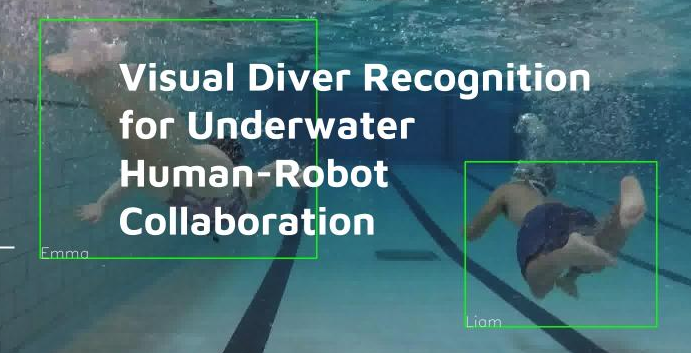 This project aims to enable visual identification of indvidual divers in an underwater setting. A number of algorithms are available for visually detecting divers (some of which have been our own contribution); however, idenntifying specifc divers underwtaer has always been a challenging task because of diminished visual features and similar apperances of divers. For underwater collaborative missions, a robot would need to identify indivual divers for a number of reasons, for example, to follow the leader of a group of divers in the mission, to accept commands from only permitted individuals, or assist a specific diver in distress.
Major challenges

The main challenge facing this task is twofold:

(A paper titled "Visual diver identification for underwater human-robot collaboration" is currently under review for ICRA 2019.)